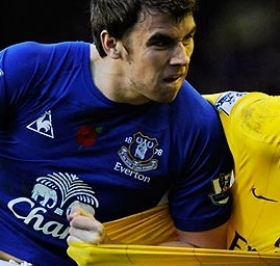 Everton have contacted Southampton regarding the availability of full-back Kyle Walker-Peters, as the Toffees look set to table a £30 million bid for the ex-Tottenham defender. Walker-Peters has impressed since completing a permanent move to the South Coast, and it is understood a deal could be reached to move away from Southampton before the end of July.

Arsenal defender Calum Chambers has emerged as a potential target for Everton ahead of the January transfer window.

Everton are considered favourites to sign Rangers teenager Nathan Patterson with Liverpool pulling out of the race, The Sun reports.

Everton are reportedly leading the race to pursue Kieran Trippier from Tottenham Hotspur during this summer's transfer window.

Everton are understood to have stepped up their interest in Thomas Meunier by making an official approach to sign him from Paris Saint-Germain during the summer.