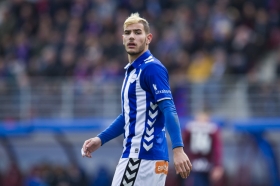 Serie A duo AS Roma and AC Milan are reportedly interested in Rangers full-back Borna Barisic.

AC Milan have pushed through a deal for Algerian international midfielder Ismael Bennacer this afternoon, with the Serie A side announcing a 15 million euro transfer for the 21-year-old youngster, who arrives from Italian rivals Empoli. Bennacer caught the eye in the recent Africa Nations Cup, where his country went on to win the whole tournament.