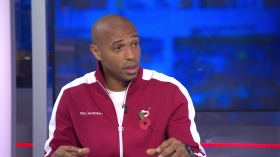 'I like Arsenal a lot': Dutchman reacts amid transfer interest

PSV Eindhoven attacker Cody Gakpo has spoken about his admiration for Arsenal ahead of a possible summer transfer.

Kenyan international midfielder Victor Wanyama secured a move to MLS side Montreal Impact last night, after being released by Tottenham Hotspur due to limited playing time. This follows on from speculation that the former English Premier League defensive midfielder has reportedly instructed his agent to find him a new club during January transfer window.

Monaco have reportedly registered an interest in securing the signature of midfielder Marouane Fellaini, who has been deemed surplus to requirements at Manchester United.

Chelsea are reportedly prepared to sanction Michy Batshuayi's sale on a permanent basis after setting an asking price of &pound40m for the striker.

Chelsea striker Michy Batshuayi could reportedly follow Cesc Fabregas to AS Monaco, once he returns from his temporary spell at Valencia this month.

Chelsea are prepared to sanction the sale of Cesc Fabregas to AS Monaco, provided they match their asking price of £10.75m for the Spanish midfielder.

Cesc Fabregas to be reunited with Thierry Henry?

Chelsea midfielder Cesc Fabregas has reportedly been fancied to reunite with ex-Arsenal teammate Thierry Henry at AS Monaco where he is presently the head coach.