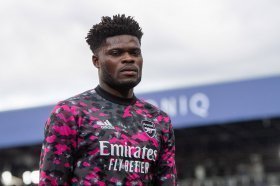 Arsenal manager Mikel Arteta has hinted that the club's business in the January transfer window may not yet be over, as he told reporters that the Gunners are still looking to sign a midfielder. With a bid for Weston McKennie falling through, Arsenal will look to other alternatives as Mohamed Elneny misses games through injury.

Arsenal ready to step up interest in Moises Caicedo

Arsenal are preparing a January approach for Brighton & Hove Albion midfielder Moises Caicedo, according to The Telegraph.

Arsenal target Danilo on his way to Benfica?

Arsenal midfield target Danilo has been earmarked as a potential replacement for Enzo Fernandez at Benfica.

Arsenal are not planning to sign a new midfielder next month, according to The Athletic.

Arsenal's transfer decisions that could lead to a Premier League title

Arsenal return to Premier League action on Boxing Day holding a healthy five point lead over Manchester City at the top of the table. While the club’s fans were dreaming of a top-four finish this season, a potential title challenge appeared to be beyond the realms of possibility.