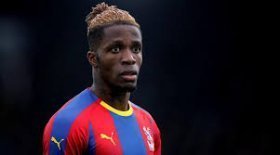 Manchester United's interim boss Ralf Rangnick has confirmed that Edinson Cavani won't be at the club next season.

Arsenal boss Mikel Arteta reportedly snubbed the opportunity to sign Emerson Royal before he made the move to Tottenham Hotspur.

Crystal Palace have confirmed the signing of Conor Gallagher on a season-long loan agreement.

Crystal Palace are open to parting ways with Wilfried Zaha if they receive an offer of around £35 million this summer.

Arsenal could make a fresh move to sign Wilfried Zaha when the transfer window reopens this summer.

Crystal Palace winger Wilfried Zaha has sensationally revealed just how close he was to agreeing a move to Arsenal, with the Ivory Coast international admitting that a transfer looked set to be pushed through, but the Gunners instead opted to sign a different player.

Manchester United have no plans of parting ways with Daniel James despite the interest from Leeds United, Manchester Evening News claims.

Manchester United and Chelsea are said to be monitoring the situation of Wilfried Zaha, who could be available on a cut-price deal this summer.

Arsenal and Everton have been alerted by the availability of Wilfried Zaha, who is determined to leave Crystal Palace.

Wilfred Zaha on the radar of European giants