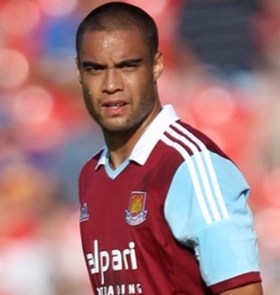 Winston Reid decision, Jordan Hugill conundrum - what next for West Ham's loan stars
fan and sees the wideman as a big part of the Hammers future. West Brom would love to have him back again but that’s highly...
11/05 12:33

West Ham have entered the race to sign talented Sassuolo centre-back Gian Marco Ferrari this summer. The 26-year-old defender, who has plenty of experience playign for multiple Serie A sides, will move to the Hammers in a deal worth a reported 12.5 million euros and the Irons will beat French club Marseille to Ferrari's coveted signature.

West Ham are interested in a deal to sign Swansea City defender Alfie Mawson in the January transfer window. The England under-21 international has impressed since forcing his way into the Swans' first team.

New Zealand international Chris Wood has revealed his desire to remain at Leeds United despite the ongoing speculation over a move to Huddersfield Town.

West Ham United have reportedly pulled out of the chase for Manchester United defender Chris Smalling ahead of this summer's transfer window.

Manchester United attacking midfielder Henrikh Mkhitaryan picked up an injury on international duty last night, making the former Borussia Dortmund player a doubt for the first Manchester derby of the season on 10 September.

New Zealand defender Winston Reid is looking forward to the future at West Ham. The defender recently signed a six and a half year deal at Upton Park.

New Zealand international Winston Reid has inked a new deal to keep him at West Ham United until the summer of 2012.

West Ham have contacted Everton regarding a loan move for French veteran defender Sylvain Distin. The late interest in Distin indicates that Winston Reid could be set for a move elsewhere on transfer deadline day.

West Ham United defender Winston Reid has apparently agreed to join Tottenham Hotspur on a free transfer at the end of the season.

Liverpool are reportedly planing a late bid for West Ham United defender Winston Reid, according to The Mirror.

Liverpool manager Brendan Rodgers wants to sign West Ham defender Winston Reid before the end of the transfer deadline window. The New Zealand international is out of contract this summer.

Arsenal could get their hands on one of the best defenders in the Premier League, according to a report.

Arsenal manager Arsene Wenger insists that he is still in the market for a centre back after yet another injury to one of his defender's yesterday. Mathieu Debuchy dislocated his shoulder in the 3-0 victory over Stoke City.

Arsenal could secure the services of one of the best centre-backs in the Premier League in January, The Mirror reports.