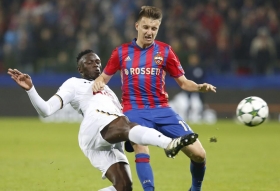 Ligue 1 attacker explains why Chelsea transfer fell through
Aleksandr Golovin has explained why he didn’t end up sealing a transfer to Chelsea despite links with the club last summer. The Russia
17/09 07:21

Russian World Cup star Aleksandr Golovin is understood to have turned down a move to Chelsea to join AS Monaco in the current transfer window.

Chelsea are edging closer to their second signing of the transfer window with Aleksandr Golovin said to have agreed terms over a summer move.

Chelsea have reportedly moved ahead of Arsenal and Juventus in the pursuit of Russian and CSKA Moscow midfielder Aleksandr Golovin.

Chelsea are prepared to make a £15m bid for CSKA Moscow midfielder Aleksandr Golovin in January as they seek to ward off interest from London rivals Arsenal.