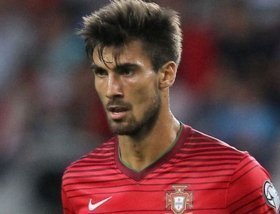 Everton have reportedly agreed on an initial fee of £29m to secure the signature of Moise Kean from Juventus this summer.

Everton are reportedly planning discussions with Chelsea to secure the signature of Kurt Zouma on a permanent deal.

Everton have reportedly opened formal discussions with Barcelona over a permanent move for Andre Gomes.

West Ham United are reportedly making progress in the race to sign midfielder Kostas Fortounis from Olympiacos this summer.

Arsenal are reportedly prepared to go head-to-head with Tottenham Hotspur in the race to sign Barcelona midfielder Andre Gomes.

Portuguese midfielder Andre Gomes looks set to complete a permanent move to Everton from Barcelona, for a reported club record transfer fee. The former Benfica, Boavista and Valencia man has a three year contract with Barca but is deemed surplus to requirements at the Nou Camp and will be allowed to depart the club at the end of the season.

Italian champions Juventus are reportedly prepared to offer stiff competition to Everton in the race to sign Andre Gomes on a permanent deal next summer.

Tottenham Hotspur will reportedly offer stiff competition to Everton in the pursuit of Barcelona's Andre Gomes at the end of the campaign.

Barcelona are reportedly plotting an attempt to sign midfielder Paul Pogba from Manchester United as early as the January transfer window.

Everton manager Marco Silva has suggested that Yerry Mina and Andre Gomes may not make their debuts for the Toffees until the upcoming month.

Spanish champions Barcelona have reportedly refused to give up on the signing of midfielder Paul Pogba from Manchester United.