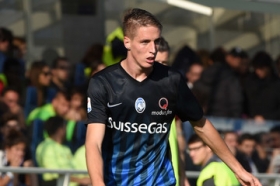 Conti move postponed to next week

Andrea Conti's impending move to Milan has reportedly been postponed to next week as Atalanta still do not have a replacement.

Milan to submit new offer for Conti in the coming hours

After a positive meeting yesterday between Andrea Conti's agent and Atalanta president Percassi, AC Milan will submit a new offer of 23-24 million Euros in the coming hours, according to Sky Sport Italia. This will be an increase on the previous offer of 20 million Euros which was rejected by Atalanta.

Chelsea to bid for Atalanta defender?

Chelsea are lining up a summer approach for Atalanta BC's Andrea Conti after watching him on several occasions this season.