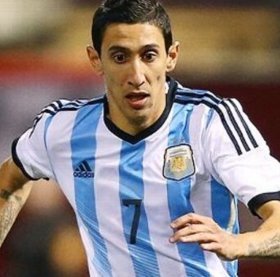 "I'm not sure he's got a heart" - Manchester United great Roy Keane doubles down on Angel Di Maria criticism
... , who left for Paris Saint-Germain in 2015 after just one season at Old Trafford, found himself in the firing line at the break. "He is the ...
27/11 15:29

Angel di Maria to return to the Premier League?

Former Manchester United attacker Angel di Maria could return to the Premier League in the summer with Tottenham Hotspur interested in his services.

Highly rated American international Timothy Weah has left Paris St Germain for a stint with Scottish giants Celtic. The attacking midfielder, who is comfortable also playing as a striker, has been coveted by many of Europe's top sides but has elected to move to the United Kingdom to continue his development.

Liverpool manager Jurgen Klopp has reportedly set his sights on signing Julian Draxler from Paris Saint-Germain at the end of the current season.

French giants Paris Saint-Germain are reportedly eyeing a potential move for Marcos Rojo from Manchester United when the season comes to a close.

Tottenham Hotspur have reportedly joined the likes of Arsenal and Manchester United in the pursuit of Paris Saint-Germain winger Lucas Moura.

Manchester United are reported to have finalised an agreement to sign Benfica youngster Umaro Embalo.