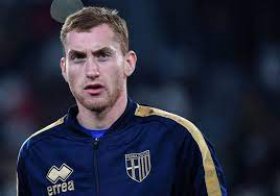 Tottenham manager Antonio Conte has confirmed his plan to sign Dejan Kulusevski on a permanent basis in the January transfer window. The Swedish international has performed admirably since his arrival at White Hart Lane, and Spurs are expected to pay around 35 million euros to secure his signing from Italian club Juventus.

Tottenham Hotspur attacker Richarlison has confirmed that Chelsea made a transfer offer for him this summer before Spurs signed him.

Chelsea midfielder Mateo Kovacic has been ruled out of the Premier League clash against Tottenham Hotspur tomorrow.

Tottenham have agreed a transfer to sign Rodrigo Bentacur from Juventus, with the Uruguayan midfielder set to agree a long-term contract. Spurs will pay 23 million euros plus 3 million extra in installments for the player.

Arsenal and Tottenham Hotspur have opened negotiations with Juventus over a possible loan deal for Dejan Kulusevski.

Arsenal to replace Nicolas Pepe with Serie A winger?

Arsenal could replace Nicolas Pepe with Dejan Kulusevski during the January transfer window.

Arsenal have been linked with a move for Juventus' Dejan Kulusevski ahead of the January transfer window.