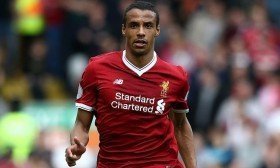 ‘Proud of you’: Dejan Lovren hails ‘unbelievable’ Liverpool player
is ‘proud’ of Mohamed Salah’s achievements after he reached 100 Premier League goals for Liverpool on Saturday. The flying winger achieved
27/09 08:00

Liverpool have identified Ben White and Ozan Kabak as a potential defensive targets for the January transfer window.

Liverpool are looking into a potential move for Ozan Kabak as they look to add another central defender to the squad.

Liverpool are set to land their first summer signing with Kostas Tsimikas due to join them from Olympiacos in a deal worth £11.5m.

Liverpool are prepared to extend the contract of Dejan Lovren by another 12 months, a report from Sky Sports News claims.

AS Roma have reportedly decided against making a permanent move for Chris Smalling after being put off by the demands of Manchester United.

Serie A giants to sign Liverpool defender for £4.5m?

AS Roma are aiming to sign Liverpool defender Dejan Lovren on a cut-price deal during the summer transfer window.

Liverpool have earmarked Espanyol defender Leandro Cabrera as a potential replacement for Dejan Lovren during this summer's transfer window.

AS Roma set their sights on signing Liverpool defender

AS Roma are looking to land the signature of Dejan Lovren from Liverpool this summer after being priced out of a permanent deal for Manchester United defender Chris Smalling.

Liverpool are reportedly planning to revive their interest in Domagoj Vida, who is currently in his third season with Besiktas.

Liverpool are reportedly ahead of Manchester United and Real Madrid in the race to sign Kalidou Koulibaly at the end of the season.

Liverpool could reportedly listen to offers for both Joel Matip and Dejan Lovren when the transfer window reopens during the summer.

Liverpool are reportedly keen on partnering Virgil van Dijk with Kalidou Koulibaly, who has been tipped to leave Napoli at the end of the campaign.

AC Milan to return with fresh move for Liverpool star?

AC Milan are reportedly planning to retain their interest in signing defender Dejan Lovren when the transfer window reopens at the turn of the year.

Liverpool defender out for six weeks after fresh injury blow

Liverpool defender Joel Matip is set to be sidelined for around six weeks after suffering a fresh setback on the knee injury sustained earlier in the season.

Juventus to miss out on signing Shkodran Mustafi?

Juventus are unlikely to push through an agreement with Arsenal for Shkodran Mustafi before the European transfer deadline tonight.