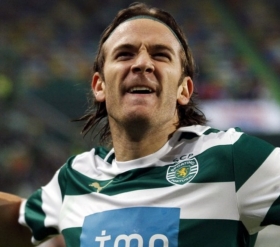 Leeds United need winger, former Victor Orta player Diego Capel is free agent
. He was once linked with a move to the likes of Liverpool, Manchester United and Tottenham Hotspur during his time at Sevilla and Sporting
13/02 19:06

Stoke City manager Mark Hughes has been considering a move for Spanish international winger Diego Capel for over a year but it is understood that the Sporting Lisbon player is now finally ready to open talks with the Britannia Stadium side.

Raheem Sterling set to leave Liverpool on loan in January

Liverpool are reportedly keen on allowing England international Raheem Sterling move on loan in January, in order to get some first-team football experience.

Liverpool could make a move for Diego Capel during the winter transfer window, as Sporting Lisbon are reportedly keen on selling their star player, according to sources in Portugal.

Liverpool have been linked with a move for Sporting Lisbon midfielder Diego Capel. The Spaniard is available for around £6 million according to reports from Portugal, with the player apparently ready to leave his current club this summer.

The Reds have been monitoring the 25-year-old Sporting Lisbon midfielder Diego Capel for the past few weeks but have not yet made a bid for the highly rated player.

Gervinho Lombe, Arsenal's forward has drawn huge attention from the French Ligue 1 club, Marseille. This has been confirmed by the club's assistant coach Franck Passi.

Sunderland are the latest club to be linked with a move for Diego Capel, the Sevilla CF Winger who is desperate to make a move away from Spain to the Premiership.

Man City in for Diego Capel?

Diego Capel has put Arsenal and Tottenham on high alert, after announcing that he could well be interested in leaving Sevilla for a new challenge. Capel had previously pledged his allegiances to the Sevillista, but now seems to be looking for a move elsewhere.

Diego Capel is on the fringe of completing the signing of a new deal at Sevilla. The talented Spanish midfielder has already cemented his place in the Sevillista's first team and is wanted by the likes of Tottenham.

Sevilla coach Manolo Jiménez has admitted he is hoping that he can persuade Diego Capel to sign a new contract and stay at the club.

Sevilla midfielder Diego Capel has revealed he has his heart set on being a success at his current club; putting a stop to the speculation that Tottenham would like to land the talented midfielder.

Sevilla midfielder Diego Capel has admitted he is happy to stay at the club for another season; despite the interests of several of Europe's biggest sides, including Arsenal and Tottenham.

Tottenham has dismissed the earlier media reports that suggested Robbie Keane has filed a transfer request to leave the club. The club has stated that they want Keane to stay.

Juande Ramos is on the verge of completing the signing of the summer so far as he looks to raid his old club and sign Spanish starlet Diego Capel.

Sevilla star Diego Capel has revealed he is happy to be linked with a move to Premiership side Tottenham after Juande Ramos admitted he may make a move for the talented midfielder.

Atletico Madrid picked up an excellent away victory against Sevilla to dent their Champions League hopes. Atletico won thanks to goals from Maxi Rodriguez and Sergio Aguero to see off Sevilla.

Diego Capel has admitted he would like to stay at Sevilla despite rumours linking the midfielder with a move to either Arsenal or Tottenham. Wenger and Ramos are both ready to pay up to £7 million to land Capel.

Juventus now appear set to rival Arsenal and Tottenham for the signing of young midfielder Diego Capel. Juventus are reportedly already in discussions with Sevilla.