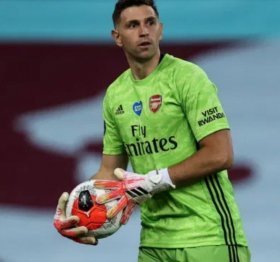 The impressive form of FA Cup winning goalkeeper Emi Martinez has captured the attentions of the Aston Villa scouting team, who have reportedly made their second transfer bid for Arsenal's goalkeeper. Ahead of the new season, it still remains unclear who will be the Gunners' number 1, with Bernd Leno set for a return after a lengthy lay off.

Speaking in the aftermath of Arsenal's FA Community Shield victory against Chelsea on Sunday, Arsene Wenger revealed that more players will be on their way out of The Emirates in the near future.