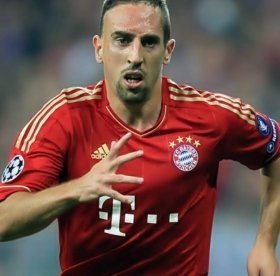 Report: Aston Villa now want to sign £68,000-a-week man compared to Franck Ribery
a number of enquires have been made for the 30-year-old, but a transfer does not look likely to happen anytime soon as he loves the club and
16/08 19:00

Cutrone departs Wolves to return to Serie A

Italian striker Patrick Cutrone’s Premier League adventure has come to an abrupt end, with the 22-year-old set to return to his homeland to join Fiorentina. Italian sports journal Corriere dello Sport has revealed that Cutrone, who is believed to have become frustrated at the lack of playing time granted to him by Wolverhampton Wanderers, will undergo a medical later today (Friday) before completing a move back to Serie A.

Bayern Munich and former France international Franck Ribery has found a new club after being released by the German champions, electing to move to Serie A and join the Viola. Fiorentina have signed Ribery on a two year contract.

Manchester City midfielder Leroy Sane looks set to leave the Premier League champions as the German international is reported to have agreed a deal with Bayern Munich. Sane, who found first-team opportunities less forthcoming last campaign, will reportedly move to the Bundesliga side in a 95 million euro transfer package.

Bayern Munich have reportedly emerged as fresh contenders to sign Crystal Palace winger Wilfried Zaha, who has been on the radar of Arsenal and Everton.

Bayern Munich to steal Belgian winger from the hands of Arsenal?

Bayern Munich have reportedly made a late attempt to beat Arsenal in the race to sign Yannick Ferreira Carrasco from Dalian Yifang.

Liverpool have reportedly decided against making a move for Nicolas Pepe with manager Jurgen Klopp content with the options at his disposal.

Liverpool are set to miss out on the signing of Nicolas Pepe from Lille amid the fresh interest from Bundeliga holders Bayern Munich.

Bayern Munich legend Karl-Heinz Rummenigge has talked up a potential move for Man City winger Leroy Sane. The German wizard has been linked with a move away from the Cityzens in a transfer worth an estimated 100 million euros.

France and Bayern Munich legend Franck Ribery will reportedly move to Qatar at the end of the season when his contract with the Bundesliga giants expires. The winger, 36, had been expected to hang up his boots at the end of this season, but it appears Ribery wants to move to the Middle East instead.