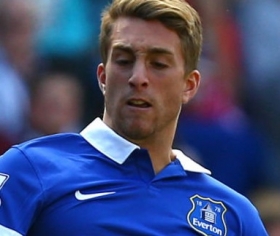 Frank Lampard has one concern after Chelsea's win vs Watford

Chelsea manager Frank Lampard has said that the club have room for improvement on the defensive side of their game.

Chelsea attacker Christian Pulisic has expressed his delight after contributing the match-winning goal during the 2-1 Premier League win over Watford on Saturday.

Watford will complete the signing of attacker Gerard Deulofeu in a deal worth an expected 12 million euros. The 24-year-old spent last season on loan at Vicarage Road and now looks set to extend his stay at the club and join on a permanent contract.

Inter Milan are reportedly monitoring the situation of Henrikh Mkhitaryan ahead of a potential approach for his services in the upcoming transfer window.

Ousmane Dembele's injury is worse than previously thought and the young winger will be out for up to four months.

Barcelona are on the verge of completing the signing of long-term target Jean Seri after they settled on a £36.5 million fee with Nice for the midfielder.

Calhanoglu to Milan a done deal

After Milan officially signed Fabio Borini yesterday, it looks like they are about to complete the signing of another player in the coming days.