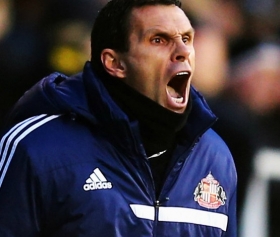 Manchester United striker Edinson Cavani has been urged to leave the club during the next transfer window.

Arsenal have reportedly made an approach to sign Malcom from Barcelona on an initial loan agreement.

Arsenal legend Thierry Henry has reportedly been offered a long-term contract to succeed Gus Poyet as the next head coach of Bordeaux.

Arsenal manager Thierry Henry is reportedly among the candidates being considered to succeed Gus Poyet as the next Bordeaux head coach.

Liverpool manager Jurgen Klopp will reportedly make an attempt to sign Bordeaux's Malcom when the transfer window reopens in a couple of months' time.

German champions Bayern Munich have reportedly joined the pursuit of signing Bordeaux winger Malcom in the summer. The Brazilian was the subject of interest from both Arsenal and Tottenham Hotspur last month.

Arsenal to return for Bordeaux's Malcom

Arsenal are reportedly planning to revive their interest in Malcom in the summer after missing out on his signature during the winter transfer window.

Former Spain international Jose Antonio Reyes has revealed that he is close to sealing a fresh challenge in the Chinese Super League.

Watford striker Odion Ighalo has been linked with a potential move to China in the current transfer window. The Nigeria international was previously on the radar of the Chinese Super League a year ago.

Former England international John Terry could end his long-term association with Chelsea in the upcoming transfer window. The centre-back has fallen out-of-favour under Antonio Conte this season.