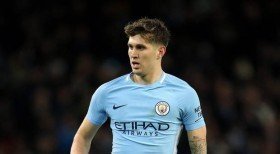 M anchester City will be looking to ramp up their title challenge this weekend as they host Crystal Palace at the Etihad. The win over Brighton in midweek took City up to third in the Premier League, four points off leaders Manchester United with a game in hand. United travel to Anfield to face second-placed Liverpool on Sunday, meaning City will get the chance to make up ground on at least one of their rivals. Palace, meanwhile, produced a disciplined defensive display to earn an excellent point away against Arsenal in midweek and will surely need more of the same here. Date, kick-off time and venue Manchester City vs Crystal Palace is scheduled for a 7:15pm kick-off on Sunday, January 17, 2021. The game will be played behind closed doors at the Etihad because of current coronavirus restrictions. How to watch TV channel: The match will be televised on Sky Sports. Live stream: Sky Sports subscribers will be able to watch the match online via the website or Sky Go app. Team news Nathan Ake and Aymeric Laporte remain injured so John Stones and Ruben Dias will likely continue their excellent partnership, even with Eric Garcia back in contention. Sergio Aguero is still self-isolating but Gabriel Jesus is not certain to lead the line, with Pep Guardiola often having employed a false nine in recent weeks. Crystal Palace remain without Mamadou Sakho and Martin Kelly. Prediction: Man City 2-0 Crystal Palace City have looked back to their rampant best in recent weeks, but Brighton’s dogged defensive effort in midweek showed they can still be stifled. Nonetheless, only a late penalty miss by Raheem Sterling prevented City winning that game 2-0 and that scoreline seems about right here. Head to head (h2h) Premier League history and results Man City wins: 12 Draws: 5 Crystal Palace: 3 Bettings odds and tips (subject to change) Man City to win: 2/11 Draw: 15/2 Crystal Palace to win: 20/1 Odds via Betfair Exchange. Click here to find out more. We may earn commission from some of the links in this article, but we never allow this to influence our content. This revenue helps to fund journalism across The Evening Standard. Comments Reuse content ✕ Delete Comment Are you sure you want to delete this comment? Cancel Delete commentDelete comment ✕ Report Comment Are you sure you want to mark this comment as inappropriate? Cancel Flag commentFlag comment Discussion Guidelines COMMUNITY GUIDELINES You may not agree with our views, or other users’, but please respond to them respectfully Swearing, personal abuse, racism, sexism, homophobia and other discriminatory or inciteful language is not acceptable Do not impersonate other users or reveal private information about third parties We reserve the right to delete inappropriate posts and ban offending users without notification You can find our Community Guidelines in full here. Be part of the conversation Register now Already registered? Log in Create a commenting name to join in SubmitSubmit PostPost 0 0 ReplyFlagDelete Create a commenting name to join in SubmitSubmit Cancel PostPost 0 comments Sort by Newest first Oldest first Most liked There are no comments yet Show all commentsRead more
2-0 and that scoreline seems about right here. Head to head (h2h) Premier League history and results Man City wins: 12 Draws: 5 Crystal
15/01 17:16

Could Leeds reignite their interest in John Stones during the January window?

Leeds United face a critical few months ahead as they look to carry on acclimatizing to life back in England’s top-flight. After a blistering start that turned many heads, the Whites have recently been on the receiving end of some humbling defeats that have brought the West Yorkshire side down to earth again. Although you do get the feeling that Marcelo Bielsa’s squad aren’t prone to getting above their station.

Former Arsenal star Paul Merson has advised Chelsea to look into the signing of John Stones from Manchester City this summer.

Chelsea are reportedly said to hold an interest in signing John Stones from Manchester City during this summer's transfer window.

Everton are reportedly prepared to compete with Arsenal in the race to sign John Stones from Manchester City during this summer's transfer window.

Arsenal are reportedly planning to step up their interest in signing John Stones from Manchester City ahead of the summer transfer window.

Arsenal could reportedly retain their interest in signing Manchester City defender John Stones prior to the summer transfer window.

Arsenal manager Mikel Arteta has rubbished the recent speculation which has linked the club with a possible loan move for Manchester City's John Stones.

Manchester City reportedly have no ambition of parting ways with defender John Stones amid the reported interest from Premier League rivals Arsenal.