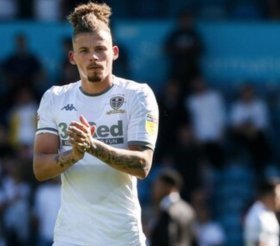 Kalvin Phillips’ Net Worth: His salary, investments, endorsements, and more
... is an English professional footballer who plays for the Premier League club Manchester City and the E ngland national team . The ...
06/10 18:59

Chelsea are reportedly on the cusp of signing Raheem Sterling from Manchester City this summer.

Tyler Adams has emerged as Leeds United's top summer transfer target, with the United States international midfielder ready to leave RB Leipzig in favour of a move to England. The New York born youngster has been touted as a replacement for Kalvin Phillips, who looks set to leave Elland Road for Man City on a £45 million transfer deal.

Leeds United midfielder Kalvin Phillips has no plans of leaving the club for arch-rivals Manchester United this summer.

Manchester United are keen on landing the signature of Leeds United midfielder Kalvin Phillips this summer.