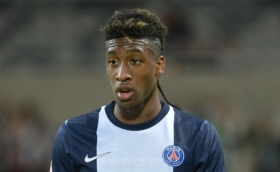 Chelsea and Manchester United are keeping tabs on the contract situation of Bayern Munich forward Kingsley Coman ahead of the summer.

Manchester United have received a boost in signing Kingsley Coman with the attacker turning down a contract proposal from Bayern Munich.

Manchester United have received a blow in the pursuit of Bayern Munich winger Kingsley Coman.

Bayern Munich reportedly have no plans of parting ways with Kingsley Coman amid the transfer interest from Manchester United.

According to L’Equipe, Bayern Munich are one of two clubs leading the race to sign 25-year-old Olympique Lyon captain Nabil Fekir.

Bayern Munich chairman Karl-Heinz Rummenigge has dismissed claims that the club may seek to sign Anthony Martial in the ongoing transfer window.

Arsenal manager Unai Emery is said to hold an interest in acquiring the services of Kingsley Coman from German champions Bayern Munich.

The young Frenchman produced some excellent performances this season and has attracted the interest of many clubs across Europe and Barcelona are keen on bringing the winger to Camp Nou.

Arsenal boss Arsene Wenger has been backed with a sizeable transfer kitty for the summer as he looks to turn his squad into genuine title challengers next season.