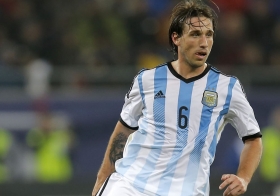 Serie A giants AC Milan are keen to push through a permanent agreement for Chelsea midfielder Tiemoue Bakayoko when the transfer window reopens in the New Year.

It was immediately clear that Lucas Biglia's injury is serious, as the Argentine was seen at the San Siro on crutches.

AC Milan's attempts to return to the top of Italian football have seen them spend big money this summer, as they look to build another formidable team. Part of that summer spending included a £35 million agreement to sign Juventus defender Leonardo Bonucci. However, reports today suggest that the deal could fall through, after the payment by AC Milan was rejected by the bank.

Liverpool's longest-serving player has signed for Italian side Lazio after completing his medical earlier today in a £5 million deal.