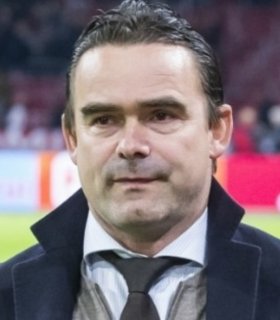 Eriksen to Arsenal: A Realistic ‘Betrayal’?

Arsenal midfielder Mesut Ozil is a forgotten man, but the hole he seems set to leave behind in January will still be a sizeable one. Luckily, there is a perfect – and superior – replacement whose signature would represent a bold and ambitious move for Arsenal manager Mikel Arteta.

Arsenal and Manchester United will reportedly have to pay a sum of around £30m in order to pursue the signature of Hakim Ziyech from Ajax this summer.

Former Arsenal player Marc Overmars had been expected to join the Gunners as a technical directory but sensationally decided to stay put with Ajax Amsterdam. Overmars has put pen to paper on a new contract with the Dutch club.

Arsenal have emerged as surprise contenders to secure the signature of in-demand defender Matthijs de Ligt from Ajax at the end of the campaign.

The agent of Ajax youngster Frenkie de Jong has said that he cannot confirm if there are official transfer interests in his client.

Tottenham and Barcelona target not leaving in January

Frenkie de Jong will not be leaving Dutch side Ajax in January, according to the club's sporting director Marc Overmars.

Chelsea and Tottenham target Davinson Sanchez will be staying at Ajax, according to a statement issued by an Ajax spokesperson.

Ajax defender Davinson Sanchez refused to board the team bus for the Dutch club's opening game of the new season on Saturday. The 21-year-old has been heavily linked with a move to Tottenham Hotspur and he is now looking to force his move to the Premier League.

Dutch international defender Daley Blind has completed a transfer to Man Utd this afternoon. The centre back will sign a four year contract at Old Trafford in a deal worth 15 million euros.

Blind will not be sold cheaply, says Ajax

Dutch club Ajax have warned Manchester United that they will have to shell out a handsome fee if they hope to obtain the services of Netherlands’ left-back Daley Blind.

Memphis Depay is one of the Netherlands' youngest players set to fly to Brazil with his country's national team. That's for good reason though, the 20-year-old left winger has an outstanding future ahead.

Ajax coach to depart at the end of the season

AlFons Groenendijk, the head of youth team at Ajax has said that he will leave the club at the end of the season.

Barcelona are understood to be preparing a summer move for one of Arsenal's most influential players this season.

Ajax could miss out on Croatian striker

Ajax Amsterdam are in real danger of missing out on Croatian striker Robert Muric, who currently plays for Dinamo Zagreb.

Agent hits out at Ajax

Atletico Madrid's bid for Toby Alderweireld has been rejected by Ajax. The Dutch club have told the Spanish side they must pay at least 15 million Euros to secure the Belgian defender's coveted signature.

Dutch side Ajax have received a bid for Belgian defender Toby Alderweireld, believed to be from Tottenham. The centre back is one of the hottest properties in Europe and valued at around 14 million Euros.

Dutch Eredivisie side Ajax Amsterdam have confirmed that they have received a transfer offer for defender Toby Alderweireld.