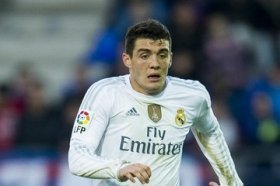 N'Golo Kante returns to Chelsea training after his coronavirus diagnosis forced him into self-isolation in boost for Thomas Tuchel's Premier League leaders
show against Southampton saw them grind out a 3-1 win at Stamford Bridge last weekend. Mateo Kovacic, Jorginho and Loftus-Cheek deputised
08/10 17:13

Chelsea make the short trip across London to face Brentford in the Premier League today.

Manchester United and Chelsea to miss out on Serie A star?

Manchester United and Chelsea could miss out on the services of Inter Milan midfielder Marcelo Brozovic.

Chelsea host Southampton in the Premier League this afternoon. The Blues have suffered back-to-back defeats across all competitions and will be looking to return to winning ways.

Chelsea entertain Aston Villa in the Carabao Cup third round tonight. The Blues are unbeaten this term across all competitions, and they will be eyeing progress to the fourth round of the Cup competition.

There is no rest for English clubs in midweek as the third round of the League Cup gets underway on Tuesday and Wednesday. While some Premier League sides already started their cup journey in the previous round, more prominent ones will join the competition this midweek.

Chelsea's newest signing Saul Niguez is expected to make his debut when the Blues host Aston Villa next weekend.

Chelsea are reportedly working on a new long-term contract for midfielder N'Golo Kante.

Chelsea midfielder Ruben Loftus-Cheek is set to remain with the Blues despite the imminent arrival of Saul Niguez.

Chelsea are scheduled to face Liverpool at Anfield later today. The Blues have won their opening two league games, and could go into the international break top of the table with another win.

Ethan Ampadu heading out on loan?

Ethan Ampadu could be heading for another temporary stint away from Chelsea, according to ESPN.

Chelsea will face off against Villarreal in the UEFA Super Cup tonight. The Blues are aiming to win the European silverware for only the second time in five occasions.

Chelsea and Liverpool have been credited with an interest in signing Atletico Madrid midfielder Saul Niguez.

Chelsea to loan out Billy Gilmour next season

Chelsea are open to loaning out Billy Gilmour next season to earn valuable first-team experience, The Athletic claims.