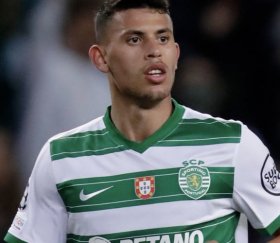 23-year-old midfielder Matheus Nunes is set for a move to the Premier League, in a transfer deal worth a reported £40 million from Sporting Lisbon. The Portuguese starlet, 23, has caught the eye in his domestic league and will become the club's record transfer fee once a move is completed.