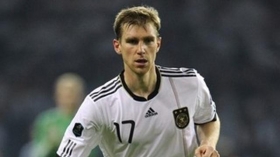 Jack Wilshere 'holds talks' with former team-mate Per Mertesacker over U23 and U18 coaching roles... with the Arsenal academy manager tasked with filling roles vacated by Kevin Betsy and Dan Micciche

Arsenal's academy manager Per Mertesacker has acknowledged that Folarin Balogun could be loaned out at the turn of the year.

Arsenal have reportedly reached an agreement to sign Omar Rekik from Hoffenheim ahead of the January transfer window.

The Power of Pre-Match Routines

After Man City have edged their way to the Premier League title ahead of Liverpool, both teams now still have two more games of their season to complete before the long slog is finally ever. Liverpool will take on Tottenham in the Champions League final, whilst Man City will play Watford in the FA Cup Final.

Arsenal are understood to have sealed the signing of Borussia Dortmund's Sokratis Papastathopoulos after agreeing on a £16m fee with the Bundesliga outfit.

Arsenal are reportedly on the verge of confirming Sokratis Papastathopoulos's transfer from Borussia Dortmund. The Greece international is said to have snubbed interest from Manchester United to join the Gunners.

Arsenal are reportedly set to compete with the likes of Marseille and Borussia Dortmund in the pursuit of Juventus defender Mehdi Benatia.

Arsenal look at Napoli defender to shore up the backline

Arsenal are reportedly lining up a summer move for Napoli defender Kalidou Koulibaly as they seek to reinforce their backline ahead of the 2018/19 season.