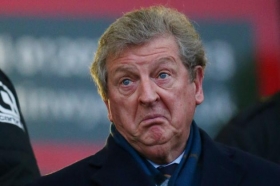 Former Arsenal star, Patrick Vieira is set to become the new manager at Crystal Palace, according to The Telegraph.

Chelsea are willing to offload Michy Batshuayi on a permanent deal this summer.

Arsenal are scheduled to host Crystal Palace tonight. The Gunners are currently on a three-match winning streak in the Premier League and they can jump into the top half of the standings with a victory against Roy Hodgson's side.

Arsenal have received a major injury boost with Gabriel Martinelli back in full training ahead of the Premier League clash against Crystal Palace.

Cheslea striker Michy Batshuayi has made the temporary switch to Crystal Palace for the 2020/21 season after putting pen-to-paper on a one-year contract extension.

Chelsea are close to sanctioning the departure of Michy Batshuayi on a season-long loan to Crystal Palace.

Crystal Palace will secure a loan deal to sign striker Michy Batshuayi from Chelsea this afternoon, after the forward agreed to a return to the Eagles for a loan transfer for the 2020-21 campaign. Batshuayi has opted to stay in England as opposed to a move to Italy, where several clubs had expressed interest in a permanent deal for the player.

Crystal Palace manager Roy Hodgson has stated that the club won't sanction the sale of Wilfried Zaha in January amid the speculated interest from the likes of Chelsea.