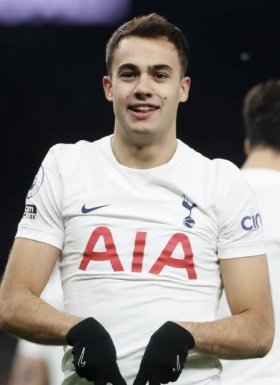 Atletico Madrid have completed the loan transfer deal of Spanish defender Sergio Reguilon, with the full back signing a one year deal at the La Liga giants. The defender has been told that he is free to leave Tottenham, and a deal that Juventus and Nottingham Forest had hoped to seal fell through this morning.

Sergio Reguilon is being monitored by both Juventus and Nottingham Forest, as the two clubs seek a permanent deal to sign the 25-year-old before the end of the transfer window. The Tottenham defender has been told by manager Antonio Conte that he is surplus to requirements at White Hart Lane, and that the club want a fee of only 10 million euros for the former Real Madrid defender.

Tottenham Hotspur have suffered a big blow with Matt Doherty having sustained a season-ending knee injury.

Arsenal defender Kieran Tierney has emerged as a surprise transfer target for Real Madrid this summer, according to Fichajes.

Real Madrid board unhappy with Zinedine Zidane over James Rodriguez

Real Madrid's hierarchy are reportedly unhappy with manager Zinedine Zidane after watching the success of James Rodriguez at Everton.