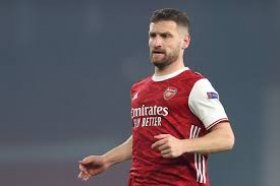 Arsenal had a shocker with Shkodran Mustafi
Bundesliga side Schalke on a free transfer. 1 of 10 Who was Arsenal's first signing in the 2021 summer transfer window? Aaron Ramsdale ...
01/11 08:12

Arsenal have no plans of offloading William Saliba on a permanent basis this summer, football.london claims.

Arsenal are prepared to renew the contract of David Luiz for another season, a report from The Independent claims.

Arsenal have agreed to terminate the contract of German defender Shkodran Mustafi.

Liverpool are reportedly considering a move for Shkodran Mustafi amid their central defensive crisis.

Arsenal defender to terminate his contract this month?

Arsenal defender Shkodran Mustafi is reportedly considering the option of terminating his contract with the club.

Lazio are reportedly looking at the possibility of signing Shkodran Mustafi from Arsenal during the current transfer window.

The arrival of William Saliba at Arsenal was greeted with much fanfare, as the club's supporters were confident they had signed the best young centre-back in Europe. However, a hasty departure out of the Emirates suggests otherwise.

Barcelona have reportedly ruled out a January move for Arsenal defender Shkodran Mustafi despite his agent confirming transfer talks.