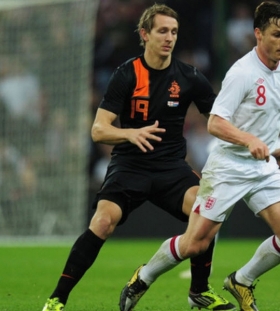 Newcastle United and Ajax have agreed on a deal for Siem De Jong. The Dutch international midfielder will return to the club that sold him to the Toon Army just two years ago.

Newcastle manager: our new players are trying too hard

After Newcastle's 0-0 draw with Aston Villa at the weekend, Newcastle coach Alan Pardew told reporters that his new signings are trying too hard to impress.

Newcastle United manager Alan Pardew, who has been busy reshuffling his squad ahead of today's opening game of the Premier League campaign, has told reporters that he may have beaten the Gunners to one or two players in the transfer market this summer.

Alan Pardew is happy with Newcastle's transfer business so far this summer. Newcastle have already swooped to sign the likes of Remy Cabella and Siem De Jong and have completely revamped their squad ahead of the upcoming campaign.

Samuel Eto'o in talks with Ajax

Dutch club Ajax Amsterdam are locked in talks with Cameroon international forward Samuel Eto'o. The striker, who played at Chelsea last season, had been linked with a return to West Ham.

Premier League transfer talk: all in or bust for Pardew

Newcastle have enforced their reputation as one of the Premier League's stingiest clubs in recent seasons, but under fan pressure the Toon Army have spent big so far this summer.

Mathieu Debuchy seems almost certain to leave Newcastle this summer as Arsenal are rumoured to have met the asking price of 12 million for the 28 year old.

Newcastle have wrapped up a move to sign attacking midfielder Siem De Jong from Ajax. The 25-year-old has penned a four year contract at St James' Park and will go some way to appease the Toon Army fans who have been unhappy with Alan Pardew since the sale of star midfielder Yohan Cabaye to PSG last January.

Ajax striker Danny Hoesen has completed his loan move to Greek club PAOK. The Club will have an option to sign the player permanently from Ajax come the summer.