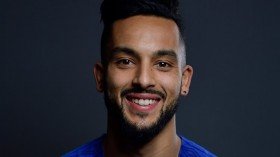 Newcastle boss Eddie Howe eyes raid on Bournemouth after Nick Pope deal, Wolves pull plug on £17m starlet deal, Theo Walcott could be part of Southampton exodus, Man United in keeper move
find himself the new No.2 at Manchester United Southampton set to sell and ex-Arsenal star could go Southampton are willing to cash in on
24/06 11:54

Championship side Watford have confirmed that Danny Welbeck has parted ways with the club through a mutual agreement.

Everton are in the race to sign Real Madrid attacker James Rodriguez on loan in the January transfer window as new manager Carlo Ancelotti seeks to strengthen his attacking options. The Italian boss is plotting a move for Rodriguez as he understands that the Colombian international could be available for a short-term deal.

Out of contract attacker, Danny Welbeck looks set to make a move to another Premier League side once his contract with Arsenal expires on June 1st, and it is understood that Everton is the new favourites to secure the England international's signature. Welbeck has admitted that he is interested in a transfer to Goodison Park in the past.

Everton could reportedly consider the sale of Theo Walcott in the summer with manager Marco Silva keen on bringing a new wideman into the club's ranks.

Out of favour striker Oumar Niasse has joined Cardiff City on a loan deal until the end of the season, after seeing his first-team opportunities dwindle at Everton over the past 12 months. The burly forward has the option to make his loan transfer a permanent contract in June.

Everton and Turkey international striker Cenk Tosun has vowed to stay at Goodison Park and fight for his place in the first-team. The Toffees' recent good form has left Tosun out on the sidelines with the former Besiktas striker rumoured to be ready to return to his homeland in the January transfer window.

Arsenal manager Unai Emery has admitted that he is surprised by the criticism levied towards goalkeeper Petr Cech since the start of the current campaign.

Arsenal manager Unai Emery was delighted with the efforts of goalkeeper Petr Cech, who made a number of crucial interceptions during the club's 2-0 Premier League triumph over Everton.

Arsenal have reportedly joined Paris Saint-Germain and Bayern Munich in the pursuit of Kenedy, who has impressed at Newcastle United. The Brazilian joined the Magpies on a short-term loan from Chelsea in January.