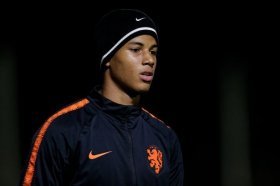 Xavier Mbuyamba describes FC Volendam transfer as a ‘step up’ from Chelsea
. I learned a lot there. I actually wanted to go straight to Chelsea, but they got a transfer ban. “Then I went the following year. There I ...
10/09 19:55

Chelsea have been handed a fitness boost ahead of the Carabao Cup quarter-final against Brentford tomorrow.

Chelsea have completed yet another summer signing with Thiago Silva joining them on a free transfer.

Chelsea have completed their third major purchase of the summer transfer window with Ben Chilwell joining them from Leicester City.

Chelsea are reportedly in a good position to sign Xavier Mbuyamba from Barcelona with talks over a contract extension having stalled.