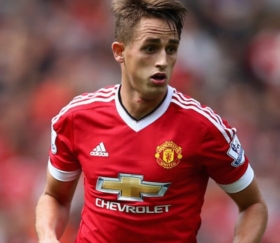 Everton are reportedly considering a move for Real Sociedad winger Adnan Januzaj as they seek to bolster their forward department during the ongoing transfer window.

England manager Gareth Southgate has hailed the Belgium squad ahead of the third place match between the two sides at the ongoing FIFA World Cup in Russia.

England coach, Gareth Southgate has said that he is unhappy with the defeat to Belgium in their final group game on Thursday night.

Belgium international Adnan Januzaj has linked up with Spanish club Real Sociedad on a five-year deal for around £9m.

Belgian international midfielder Adnan Januzaj will this afternoon complete a move to Spanish side Real Sociedad, signing a five-year deal with his new club. Januzaj moves to Sociedad from Manchester United, having spent last season on loan with Sunderland in their ill-fated season.

Belgian attacker Adnan Januzaj will not be offered a squad number next season following Jose Mourinho's decision to offload him during this summer's transfer window.

Manchester United have agreed to sell Adnan Januzaj to La Liga side Real Sociedad for a fee of £9.7 million. After making an impressive breakthrough at Old Trafford, the Belgian youngster has failed to make a lasting impression at the club.

Newly promoted Newcastle United are reportedly in the market to sign a midfield starlet from bitter rivals Manchester United. Januzaj, who spent last season on loan at Sunderland, has been told that he is free to leave Old Trafford.