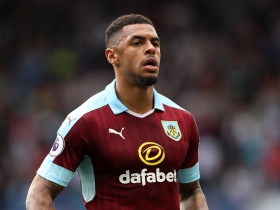 Patience is key for Preston North End as they close in on other signings
position is Andre Gray, who was released by Watford this summer. His wages at the former Premier League side would have been extremely high,
23/06 06:19

Premier League holders Chelsea have revealed their starting lineup ahead of the Watford clash in an hour's time.

AS Monaco are planning a surprise move to sign Leicester City's Islam Slimani this summer. The Algeria international has been identified as a potential replacement for outbound teenager Kylian Mbappe.

Leeds United striker Chris Wood is reportedly in Manchester for a series of medical tests ahead of his proposed switch to Burnley.

Burnley close in on £15 million striker

After seeing their initial £12 million bid rejected, Burnley are closing in on the signing of Leeds United and New Zealand striker Chris Wood, in a deal that would see the Championship earn £15 million.

Watford will not be pursuing a summer deal for Leicester City striker Islam Slimani following the club-record signing of Andre Gray last week.

Watford manager Marco Silva is lining up a move for Leicester City's record signing, Islam Slimani. £30 million striker Slimani has worked for Silva before when the pair were both together at Sporting Lisbon.

Watford have completed the signing of striker Andre Gray from fellow Premier League side, Burnley, for a fee of £18.5 million. The English attacker makes the move to Vicarage Road on a five-year deal.

Andre Gray has emerged as a top transfer target for Watford, who are looking to bolster their forward ranks further during the summer transfer window.