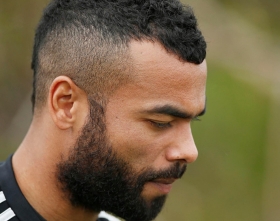 Former Chelsea star Ashley Cole believes Hakim Ziyech is a big player for the club, having made an instant impact since his return from a knee injury.

The football transfer market is can be unpredictable and aggressive, but there is still one taboo that few have dared to break: transferring to a rival team.

Chelsea legend Ashley Cole has urged the board to make an approach for Leicester City defender Ben Chilwell this summer.

Chelsea legend Ashley Cole has recommended his former club to acquire the services of Ben Chilwell from fellow Premier League side Leicester City.

Over the years, the Premier League has thrown up some tantalising teams and many pundits will argue that Pep Guardiola’s Man City are emerging as the next team to fit the bill. Currently unbeaten in the league this season, the Citizens are playing some of the best football we’ve witnessed in England, and many are understandably starting to question whether they can emulate Arsenal’s historic Invincibles season.

When Josh Tymon rejected Hull City in favour of a five-year contract at Stoke City, Hull's club management were up in arms. Understandably so, as they may have lost one of the brightest young English defensive talents in a decade.