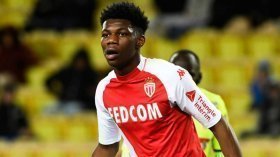 Carlo Ancelotti's selection headache: Luka Modric is in the form of his life, while Eduardo Camavinga was limited for minutes and now has £85m new boy Aurelien Tchouameni for company... so how will Real Madrid boss keep everyone happy next season?

Arsenal and Manchester United will need to pay around €30 million to sign Napoli midfielder Fabian Ruiz.

Chelsea are willing to part ways with midfielder Jorginho amid interest from Juventus, The Telegraph reports.

Liverpool have made initial contact with the agent of Monaco midfielder Aurelien Tchouameni, Foot Mercato claims.

Arsenal could make a fresh attempt to sign Juventus midfielder Arthur Melo at the end of the campaign.