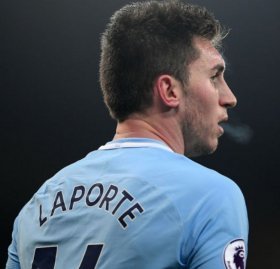 Manchester City manager Pep Guardiola has confirmed that Eric Garcia will join Barcelona when his contract with the club expires in June.

Manchester City are prepared to reward John Stones with a new long-term contract on the back of his consistent performances this season.

According to The Sun, Manchester City have joined the transfer battle with Real Madrid for PSG defender Marquinhos.

Manchester City ready to compete with Chelsea for Dutch defender

Manchester City are reportedly prepared to compete with Chelsea in the race to sign defender Nathan Ake from Bournemouth at the turn of the year.

Can Liverpool Take the English Premier League Lead to the Wire?

Only eight games in and the English Premier League already looks won. Liverpool, the European champions and last season’s EPL runners up have a 100 percent record after collecting maximum points in their opening fixtures.

Manchester United could reportedly face direct competition from Manchester City in the race to sign Harry Maguire from Leicester City this summer.