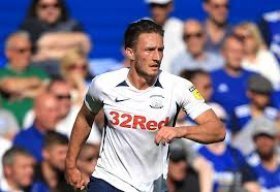 Tottenham Hotspur: Alasdair Gold shares Ben Davies injury concern
... which Davies has picked up, it could only strengthen Conte’s reported desire to sign a new centre-back in the January transfer window.
02/12 12:35

Liverpool are prepared to part ways with defender Nathaniel Phillips for the right price this summer, The Sun reports.

Liverpool have suffered a fresh injury blow with midfielder Jordan Henderson set to be sidelined for around six weeks.

Liverpool will make an attempt to sign Ben White from Brighton & Hove Albion during this summer's transfer window.

Marseille defender Duje Caleta-Car has confirmed that Liverpool made a move to sign him during the winter transfer window.

Liverpool have identified Torino defender Bremer as one of their top targets for the summer transfer window.