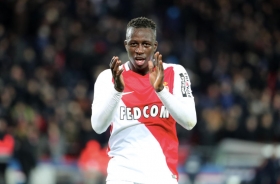 Man City star Benjamin Mendy is freed on bail as he awaits trial for seven counts of rape and one count of sexual assault
at Chester Crown Court, with press excluded from the courtroom. The Premier League star was told he will be the subject of 'stringent'
07/01 14:33

Manchester City are prepared to go head-to-head with Chelsea in the race to sign Leicester City's Ben Chilwell during the summer transfer window.

Manchester City have reportedly joined Paris Saint-Germain and Chelsea in the race to sign Alex Telles at the end of the season.

Manchester City are reportedly maintaining their interest in Leicester City defender Ben Chilwell with a view to an approach at the end of the season.

Premier League holders Manchester City are reportedly considering another raid on Leicester City with left-back Chilwell on their wishlist for the winter transfer window.

Neymar hopes to play in the Premier League

Paris Saint-Germain superstar Neymar has said that he is hopeful of plying his trade in the Premier League during the backend of his professional career.

Manchester City have been named as a likely destination for Juventus left-back Alex Sandro in January, with Turin newspaper Tuttosport claiming that the 27-year-old could end his stay in Italy this winter.

Manchester City boss Pep Guardiola has said that his side will miss attacking midfielder Kevin De Bruyne who is injured.

After playing eight games this season in the Premier League, twenty players had featured for Manchester City as Pep Guardiola made full use of his talented squad of players. They certainly don’t seem to be lacking in strength and depth throughout all positions, so do they really need to strengthen in the January transfer window?

Premier League leaders Manchester City will reportedly be without two key defenders ahead of Saturday's crunch encounter against Chelsea.

AS Monaco played a part in Thomas Lemar stay

AS Monaco vice-president Vadim Vasilyev has confirmed that Thomas Lemar was eager to join one of Arsenal or Liverpool on transfer deadline day.

Liverpool are reportedly planning a fresh attempt to sign AS Monaco midfielder Thomas Lemar. The France international was heavily linked with a move to Arsenal earlier in the transfer window.

Manchester City are looking to extend their spending spree for the summer with the signings of Arsenal's Alexis Sanchez and West Bromwich Albion's Jonny Evans.

After missing out on primary transfer targets Cristiano Ronaldo, Gareth Bale, and most recently Ivan Perisic, Manchester United are set to bid £55 million for Monaco's Thomas Lemar, who is also a target for rivals Arsenal.

He came, he saw, he most certainly conquered. But can Conte guide Chelsea to a second consecutive Premier League title?

Paris Saint-Germain are reportedly deemed favourites to secure the services of Monaco pair Kylian Mbappe and Fabinho. The French champions have lost the likes of Bernardo Silva, Tiemoue Bakayoko and Benjamin Mendy during this summer's transfer window.

Manchester City Pep Guardiola is prepared to raid former club Barcelona for the services of midfielder Ivan Rakitic. The Croatia international signed a new contract at Camp Nou in March this year, but speculation continues to evolve over his future.