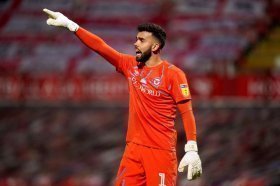 Fantasy Premier League 2022/23: Price reveal for 11 Brentford players including Ivan Toney and David Raya
players from Premier League clubs are being released. One of those clubs to have some prices revealed alongside Arsenal, Manchester City
01/07 17:25

Arsenal have failed with a transfer offer for Brentford goalkeeper David Raya, a report from The Telegraph claims.

Arsenal have reportedly opened talks with Brentford over the potential signing of goalkeeper David Raya.

Emiliano Martinez out of Arsenal squad to face Fulham

Argentine goalkeeper Emiliano Martinez won't feature in the matchday squad for the Premier League opener against Fulham this afternoon.

Arsenal goalkeeper Emiliano Martinez will make the move to Aston Villa next week, a report from The Telegraph claims.

Aston Villa are reportedly confident of signing Emiliano Martinez after the Argentine turned down a new Arsenal contract.