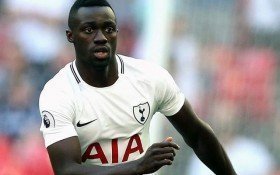 Brazilian centre-back Gleison Bremer is a target for both Chelsea and Tottenham, as the Premier League clubs have both been in contact with representatives of Italian side Torino. According to multiple reports, Spurs and the Blues are ready to bid 40 million euros to sign the 25-year-old defender, who has two years remaining on is deal in Turin.

Tottenham Hotspur are reportedly keen to part ways with Davinson Sanchez when the transfer window reopens this summer.