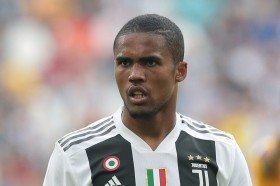 Juventus are prepared to propose an exchange deal for Arsenal defender Hector Bellerin this summer.

Chelsea have no plans of parting ways with Callum Hudson-Odoi before the transfer window closes on Monday afternoon.

Juventus will reportedly offer Chelsea the chance to sign Douglas Costa in a straight-exchange deal for Jorginho during the summer transfer window.

The representative of Douglas Costa has confirmed that Manchester United have failed with multiple attempts to acquire the attacker's signature from Juventus.

Manchester United are hoping to pursue the signature of Douglas Costa from Juventus in a move which would see Romelu Lukaku head in the opposite direction.