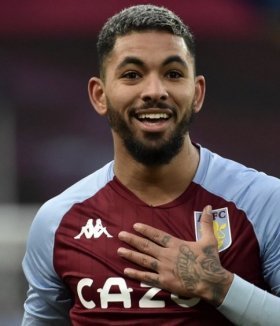 Moises Caicedo has caught the eye since his arrival at Brighton and Hove Albion in 2021, and the Ecuador international has now been linked with a surprise transfer move to Premier League rivals Arsenal. The 20-year-old has impressed club director Edu, and the Brazilian has reportedly been in contact with the South Coast club regarding a potential move for the midfielder.

Douglas Luiz has surprisingly turned his back on a potential move to Arsenal, instead deciding to put pen to paper on a new contract with Aston Villa. The Brazilian holding midfielder has long been linked with a transfer move to the Emirates Stadium, but has now opted to stay with Villa for another campaign.

Arsenal will push to sign Wolves star in January

Arsenal won't return for the services of Aston Villa midfielder Douglas Luiz after having three bids turned down this summer.

Arsenal will make a fresh move for Palmeiras midfielder Danilo when the transfer window reopens in the New Year.

Arsenal are prepared to make a final bid of £23m plus £2m in add-ons to sign Aston Villa midfielder Douglas Luiz.