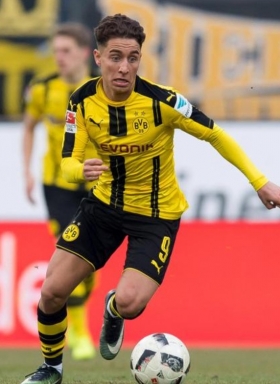 Talented Turkish forward Emre Mor has completed a transfer from Borussia Dortmund to Celta Vigo. Many had expected the player to force his way into Dortmund's starting line up this season but the player has been instead allowed to depart the club.

Both Everton and Huddersfield Town are interested in signing Borussia Dortmund's out of favour talented attacking midfielder Emre Mor. The Turkish international had been approached by both clubs this summer, who were hopeful of being able to secure a loan deal for the hot prospect.

Fiorentina are interested in bringing wantaway winger Jese and will table an offer of around €10 million to PSG for the Spaniard.

The sacking of the 43-year-old might have been surprising to some football fans, but in retrospect, it was a question of when and not if Dortmund was going to fire Thomas Tuchel.

Real Madrid could reportedly face defeat in the pursuit of AIK striker Alexander Isak. The Swede has snubbed Los Blancos' approach in a bid to complete a move to Borussia Dortmund.