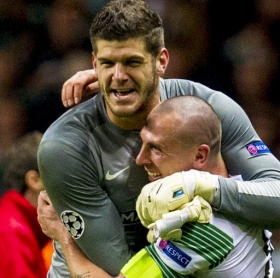 Tottenham predicted team vs Nottingham Forest with big Harry Kane and Djed Spence decisions
Fraser Forster given his debut for Tottenham after moving on a free transfer from Southampton in the summer transfer window . The shot ...
09/11 07:57

Arsenal and Liverpool are reportedly among the contenders to pursue the signature of Southampton goalkeeper Alex McCarthy during the summer.

Tottenham are close to completing their second signing of the summer window, Southampton goalkeeper Gazzaniga. The deal comes just a day after Davinson Sanchez joined from Ajax.

Southampton will reportedly end their five-year association with Argentine goalkeeper Paulo Gazzaniga, who is attracting plenty of transfer interest this summer.