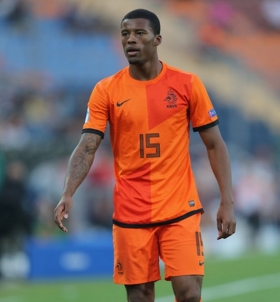 Liverpool have not made any contact with Inter Milan to sign midfielder Nicolo Barella, reputed journalist Fabrizio Romano claims.

Liverpool will need to pay a fee of around £67 million in order to sign Lazio midfielder Sergej Milinkovic-Savic.

Liverpool have been handed a boost in signing Lille midfielder Renato Sanches next year.

Chelsea and Liverpool need to pay at least €40m to sign AS Monaco midfielder Aurelien Tchouameni in January.

Liverpool midfielder Naby Keita has rejected a contract offer from the club amid his limited playing time this season.

Arsenal and Liverpool to compete for Brighton midfielder?

Arsenal and Liverpool could be among the contenders to sign Brighton & Hove Albion midfielder Yves Bissouma in January.

Chelsea and Liverpool have been credited with an interest in signing Atletico Madrid midfielder Saul Niguez.

Liverpool have emerged as favourites to sign Lyon midfielder Houssem Aouar, according to Le 10 Sport.

Liverpool are open to offloading Divock Origi for the right price during the ongoing transfer window, The Athletic reports.

Liverpool manager Jurgen Klopp is unlikely to spend on another midfielder during this summer's transfer window.

Barcelona have reportedly won the race to sign Liverpool midfielder Georginio Wijnaldum on a free transfer.

Sergio Aguero on the verge of Barcelona move

Manchester City striker Sergio Aguero is expected to join Barcelona shortly after the Champions League final against Chelsea next month.