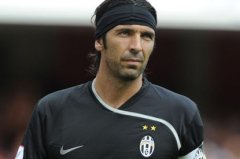 Man Utd star Cristiano Ronaldo made Juventus "lose DNA", says Gianluigi Buffon
a team player. It has been a repeated conversation since his Premier League return this season. His goal contributions are indisputable, but
24/12 17:59

According to reports from France Football, German international goalkeeper Manuel Neuer could be one of the names at the top of Juventus’s summer shopping list.

It’s the halfway point of the Serie A season this weekend, but title contenders Juventus are already looking ahead to the summer with reports in Italy suggesting their number one target is young Italian international goalkeeper Gianluigi Donnarumma.

Chelsea's highly-rated young goalkeeper Marcin Bulka is reportedly on the verge of signing for Paris Saint-Germain on a Bosman agreement.

Chelsea goalkeeping coach Christophe Lollichon has revealed that the Blues were considering a move for Paris Saint-Germain's Alphonse Areola during the recent transfer window.

AC Milan defender Leonardo Bonucci is set to ignore a move to Manchester United in favour of a move to French side Paris Saint-Germain, according to Mirror Football.

Liverpool's hierarchy are reportedly pondering over a surprise swoop for Gianluigi Buffon, if the Juventus goalkeeper decides to extend his playing career.

Manchester United will allow de Gea to leave on one condition

David de Gea has been linked with a move from Manchester United to Real Madrid for a number of years now, with new rumours about a move for the Spanish goalkeeper appearing regularly. Whilst de Gea looks to be staying put at Old Trafford for this season, reports today suggest that The Red Devils will allow their goalkeeper to leave next summer on one condition.

David Ospina confirms he will stay at Arsenal

Arsenal manager Arsene Wenger received a boost after goalkeeper David Ospina confirmed that he will be staying at the Emirates for the upcoming season.

Poland international Wojciech Szczesny has completed his much-anticipated move to Juventus on a four-year contract. The 27-year-old leaves Arsenal after an extended period where he was loaned out to AS Roma.

Arsenal goalkeeper Wojciech Szczesny has arrived in Italy to complete a medical ahead of a proposed £10 million move to Juventus. After spending two seasons on loan in Serie A, Szczesny has become hot property in that part of the world and it is Juventus who appear to have won the race.

Szczesny's proposed move to Juventus is close to completion after the Pole was left out of Arsenal's squad for their pre-season tour of Australia and China.

Arsenal goalkeeper Wojciech Szczesny will seal his dream move to Juventus in the upcoming week after he was omitted from the Gunners' pre-season tour of Australia.

Arsenal goalkeeper Wojciech Szczesny has been left out the pre-season squad of Australia in order to secure his much-anticipated move to Juventus.