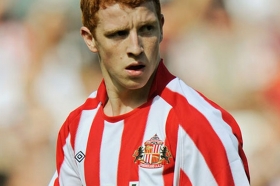 'I had everything to push me on to the next level' - Jamie Chandler on the leg injury that ended his Sunderland career
, Jack Colback and Jordan Henderson. Get the latest SAFC updates & transfer news straight to your inbox by signing up to our FREE newsletter
20/06 11:00

Roy Hodgson has called up his first England squad since the 2014 World Cup in Brazil and has officially named Wayne Rooney as his new captain. Jack Colback, Danny Rose, Calum Chambers and Fabian Delph have received their first call-ups.

Premier League transfer talk: all in or bust for Pardew

Newcastle have enforced their reputation as one of the Premier League's stingiest clubs in recent seasons, but under fan pressure the Toon Army have spent big so far this summer.

There are reports this weekend that Newcastle are on the verge of agreeing a move for Montpellier midfielder Remy Cabella in a 14 million Euro transfer deal.

Newcastle have wrapped up their first summer signing, with the arrival of Tenerife striker Ayoze Perez. The talented forward joins as part of a 2million Euro deal.

Jack Colback could make a surprise transfer from Sunderland to their bitter rivals Newcastle United. According to reports, the midfielder, who is now a free agent, will earn a £50,000 pay cheque at St James' Park.

Sunderland boss Gus Poyet has revealed that midfielder Jack Colback and defender Phil Bardsley will leave the club on a free this summer.

Everton are considered favourites to land the signature of Sunderland midfielder Jack Colback in the summer, according to The Mirror.