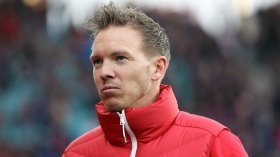 Thomas Tuchel could return to coaching next month

Former Chelsea manager Thomas Tuchel could return to coaching in October, according to German outlet Bild.

Bayern Munich manager Julian Nagelsmann has refused to rule out a transfer offer being made for Tottenham forward Harry Kane, as the Bavarian giants look to replace Robert Lewandowski, who departed for Barcelona last week. It is understood that Harry Kane is open to offers, and the German outfit could appeal to the England international captain.

Chelsea willing to pay €80m plus for Juventus star

Chelsea will need to battle it out with Bayern Munich to sign Juventus defender Matthijs de Ligt this summer.

Manchester United could make a surprise approach to sign Bayern Munich attacker Serge Gnabry this summer, according to Fussball Transfers.

Chelsea are unlikely to entertain any bids for Timo Werner and Hakim Ziyech during the January transfer window, according to Standard Sport.