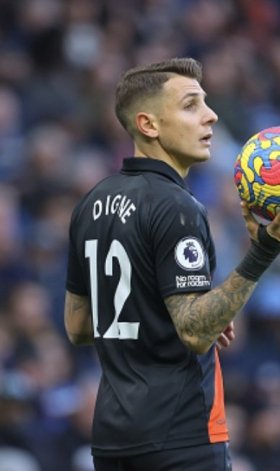 Everton are to sign Wolverhampton Wanderers defender Ruben Vinagre in a transfer deal worth close to £9 million. The left-back, who has slipped down the pecking order at Molineux, has been told he is free to leave the side after a successful loan period at Sporting Lisbon.

Chelsea manager Thomas Tuchel had no plans of pursuing any players during the recently-concluded transfer window.

Newcastle United have announced the arrival of Aston Villa defender Matt Targett on loan until July 1st. Targett has been told he is surplus to requirements at Villa Park after Lucas Digne's arrival.

Aston Villa defender Matty Cash has emerged as a shock transfer target for Spanish La Liga champions Atletico Madrid, with the full-back ready to move to Spain in a deal worth up to 40 million euros. The Poland international, who joined Villa from Nottingham Forest in 2020, is ready to move after just one full season with his club.

Chelsea manager Thomas Tuchel is reportedly eyeing at least one signing during the ongoing transfer window.

Aston Villa have emerged as favourites to sign Everton defender Lucas Digne. Steven Gerrard's side have leapfrogged Newcastle and Chelsea in to pole position to secure the French left-back.

Chelsea manager Thomas Tuchel has acknowledged that the club are exploring options in the ongoing transfer window.