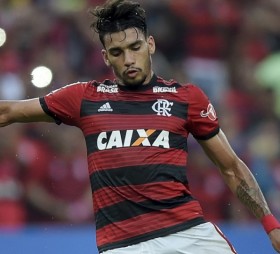 Paquer cut Newcastle transfer target Lucas Paqueta forced to have surgery after injuring himself flying a KITE
. The Olympique Lyon midfielder, who has been linked with a transfer to Newcastle United this summer, injured his hand while flying a kite
24/06 12:51

Arsenal are ready to compete with Paris Saint-Germain to land Lyon attacker Lucas Paqueta this summer.

Arsenal have their sights on Lyon playmaker

Arsenal could reportedly compete with Paris Saint-Germain in the race to sign Lyon playmaker Lucas Paqueta this summer.

Newcastle United are keen on a reunion with Paris Saint-Germain midfielder Georginio Wijnaldum.

Flamengo’s general manager has confirmed that ‘we’ve signed a contract with Milan’ for Lucas Paqueta. Milan have reportedly agreed a €35m fee with Flamengo for Paqueta, and Bruno Spindel assured the Rossoneri his club would honour their part of the deal.

Manchester United are reportedly in the chase to sign Brazil international star Lucas Paquetá, according to Le10 Sport (via The Sun).

Manchester United have entered the race to sign Brazilian midfielder Lucas Paqueta from Flamengo, according to Le10 Sport.